Blockchain and the Accounting Profession: The Status Quo 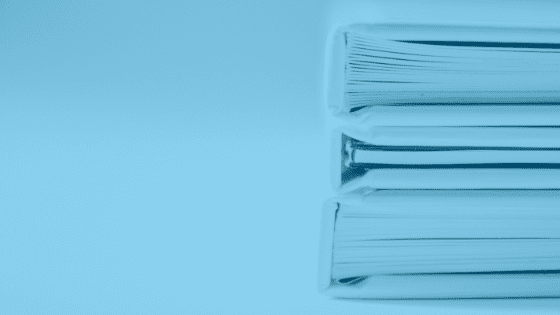 The Key Questions On Every Accountants Mind

The transition from traditional to technological. Whilst technologies like automation are helping the accounting profession leaps and bounds, it can be difficult to get people on board with newer technologies, like blockchain. Steve Briginshaw, COO of Clarity, helpfully answers some of the trickier questions around blockchain, and specifically from an accounting perspective.

What’s the state of blockchain in the accounting industry today?

Blockchain is certainly being explored, but we are at the tip of the iceberg in terms of its use and adoption. PricewaterhouseCoopers (PwC), Deloitte, Ernst & Young (EY) and KPMG, better known as the ‘Big Four’ auditors, all have established solid long-term blockchain roadmaps to remain relevant in the cryptocurrency and blockchain space.

It is important that the ‘Big Four’ have recognised the growing demand for both blockchain and crypto from an accounting perspective, and have taken different approaches to facilitate the rapidly increasing interest in the blockchain space.

As a starting point, their interest and allocation of resource to the technology further solidifies blockchain’s legitimate and longstanding future within the industry.

Blockchain has the capacity to be directly integrated into existing accounting infrastructures and potentially improve many technical aspects from an audit perspective. Its implementation also opens up new avenues for consultation, in particular creating a new market looking for consultancy on blockchain. There are regulatory and technical risks that come with blockchain, but these have been identified by the big conglomerates which helps companies understand blockchain’s potential in a more realistic manner.

What’s the #1 trend that will shape blockchain in accounting (2019)?

Throughout 2019 we should see a gradual increase in the use of blockchain technology. For example, apps will be released that leverage blockchain technology in order to help accountants as well as business owners. These apps will plug into and build upon the cloud accounting platforms already in existence, which is a natural progression in technology. But if history is a guide the adoption will likely be very slow.

Blockchain is becoming more and more mature, and much like the .com bubble that resulted in the appearance of Google and Amazon, we are going into that space where we’ll start to see the beginnings of major apps emerging who use blockchain.

What’s the #1 challenge to blockchain adoption in the accounting industry?

Whilst cloud technology is now a given in the UK accounting sphere, it has taken roughly 10 years for it to get there. In the same way, blockchain technology is currently at its infancy, and has a long way to go to be at the early majority stage in the accounting profession.

Blockchain is going to have to go through a similar trend and process to be fully accepted by accountants, and potentially one of the biggest challenges to overcome on that journey is converting the more traditional firms to adapt and adopt the latest technological advances.

There is no denying that the accounting industry is seen as a traditional space. According to the FRC’s July 2017 report of Key Facts and Trends in the Accountancy Profession over 60% of members of the ICAEW are 35+ in age. Arguably, these statistics support the reasoning behind why the accountancy profession remains conventional and reluctant to change.

Resistance could stem from disinterest in new innovations or it could also be because there has been so much change recently with auto-enrolment, FRS102 and Maxing Tax Digital (MTD) that it is tedious and hard to keep up.

The challenge for blockchain is not that it isn’t useful — there are many use cases for the technology in financial services and outside of accounting such as ID verification in Estonia — it’s whether accountants are willing to go through another innovation and change in their industry.

What’s the #1 benefit for blockchain in accounting?

Blockchain technology provides transparency, allows for speed and enables automation in the accounting profession. It has the potential to enhance accountancy by reducing the costs of maintaining and reconciling ledgers, and from an audit perspective we are able to see with absolute certainty the ownership and history of assets.

By obliterating menial tasks, the automation that blockchain technology offers in replacement gives accountants the time and resource to better serve our clients, move away from compliance, and focus on consultancy.

The ICAEW agrees in stating that “Blockchain could help accountants gain clarity over the available resources and obligations of their organisations, and also free up resources to concentrate on planning and valuation, rather than record keeping”.

What’s the future of blockchain in accounting?

There is a long road ahead for blockchain. We are a long way off from full scale adoption, but eventually blockchain technology will revolutionise the way we record and exchange value in the digital age.